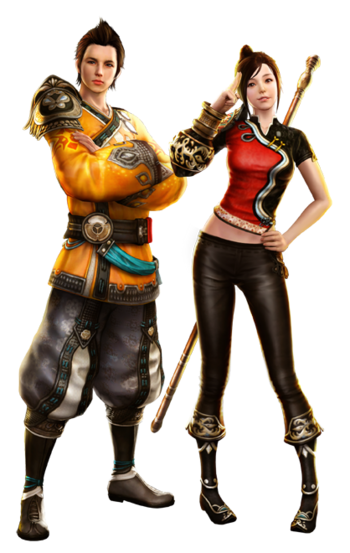 Harani are survivors in the truest sense, capable of extreme and heroic acts serving the interests (and preservation) of their people. Practical, cunning, and family-minded, queen Mei was its ruler until she stepped down to marry a Firran. Soon after her brother became in charge, it is no surprise the strength of their new kingdom rivals the strength of the kingdom they lost.[1]

One of them, named the daughter of the goddess, led her troops to the southern territories when it was predicted that the eclipse of the sun would happen. That was the absolute thing that destroyed all of the population of Salem’s hope.

The eclipse happened right after the war. The members of the royal family fled Salem for the East continent, hoping that they would retrieve their strength and their greatness. The new governor called this territory “Harihara” and founded the new state, Harani. After migrating, the people of the sun began getting named that way too.

The Harani liked construction and victory. Thus, they rapidly climbed to the top amongst the indigenous populations, and conquered the continent. Developing itself rapidly, the empire created favorable conditions to the emergence of a magic and technology based civilization. The Harani promptly became very rich. Nevertheless, this prosperity was only an illusion. The infighting for the throne kept becoming more and more frequent, and caused a huge civil war in the empire, which lasted twenty years. Finally, the Harani got separated into four states. The former powerful Empire was only a flash in the pan, despite the advantageous natural conditions and the excellent geographical location. The East Empire could have been one of the most powerful countries.

However, there were not only internal conflicts that were menacing the Harani. The old continent was covered in ice and dislocates everywhere: thus, the Nuians try to beat the Harani in the race of exploration, to find new routes and to discover treasures.[2]