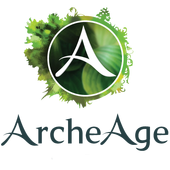 ArcheAge is a free-to-play massive multiplayer online roleplaying game (MMORPG) that is advertised as an open-world sandbox. It is developed by XL Games and published/localized by Trion Worlds for the North American and European audience.

ArcheAge offers players a vast world to explore and conquer. The game does not have the linear progression common of other MMOs. Instead, players can choose to master combat by choosing between any 3 of 10 skillsets, build eloquent homes or massive castles, raise plants and livestock, master crafting in any or all 21 professions, or influence the economy through an advanced trade system whenever they want.

ArcheAge places a significant focus on open-world PvP. Players may band together and fight in massive open world battles, both on land and at sea. Players may even choose to abandon their initial faction and become a pirate.[1]

Although the game is free to play, many players choose to become patrons, paying roughly US$15 a month for extended privileges within the world:

If you want to do any serious crafting you will need to purchase patronage, as it chews through labor points at a frightening rate.

Patronage is purchased for the player and covers all of your characters. By default you can have up to 6 characters, with no more than 4 on the same server.

The cheapest way to be a patron seems to be to buy a US$20 credit bundle (gets you 3,250 credits) and spend 2,400 of them on a patronage certificate that lasts a month.