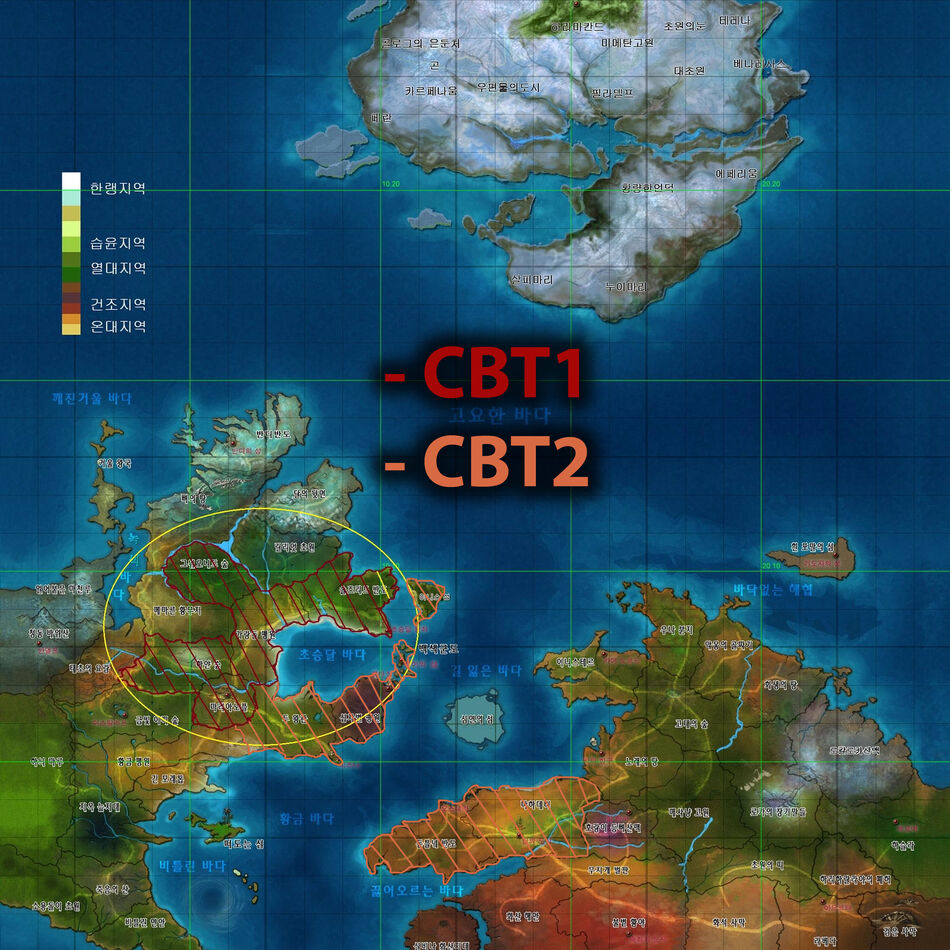 Archeage Online boasts a huge map, bigger than World of Warcraft's. The map currently consists of 3 islands, the East Isle and West Isle (let's call em like that till official names are announced) and a Middle Isle. There are 2 factions in the game, which of course are at war with eachother. These factions occupy the 2 lower islands which make up the game's Realm Vs Realm content. The Middle island is an isle devoted to PvP and it's many forms since it is not owned by a faction but by players. The said isle is ment to house Guild wars and the such since the players have to fight eachother for control of the territory.

The map, further, is divided into regions (visible on the map above). The seamless map design makes it hard to distinguish when you enter a new region with no contrasting region being next to another. This means that if you aren't paying attention it's easy to get lost, but at the same time easy to find a nice and comfortable site to build your house.