To write the storyline of the game XLGames had hired a well known Korean novelist, Min Hee Jun, to give the world a deep and rich background.

Erenor, the world of Archeage Online, has 3 continents, Haranya to the east, Nuia to the west, and Auroria to the north. The eastern and western continents are the seat of the Eastern or the Western Empire, which are factions at war with each other. These two continents have both, peaceful zones as well as zones that cycle between peace (no PvP) and conflict (free PvP) with designated housing zones. Player start as a member of the eastern or the western faction. The northern continent is devoted entirely to PvP and it's many forms since it is not owned by a faction but by players. It is meant to house Guild wars with players needing to fight each other for control of the territory.

The map, further, is divided into regions and instances. There are Dungeons in the game, several ocean areas, and two instanced miscellaneous areas. One of the miscellaneous areas is Mirage Island, where all manner of Houses, boats, and furniture may be bought. The seamless map design makes it hard to distinguish when you enter a new region, although you will know when your map changes. This means that if you aren't paying attention it's easy to get lost, but at the same time it's easy to find a nice and comfortable site to build your house as each region on the Eastern and Western continent has housing locations. 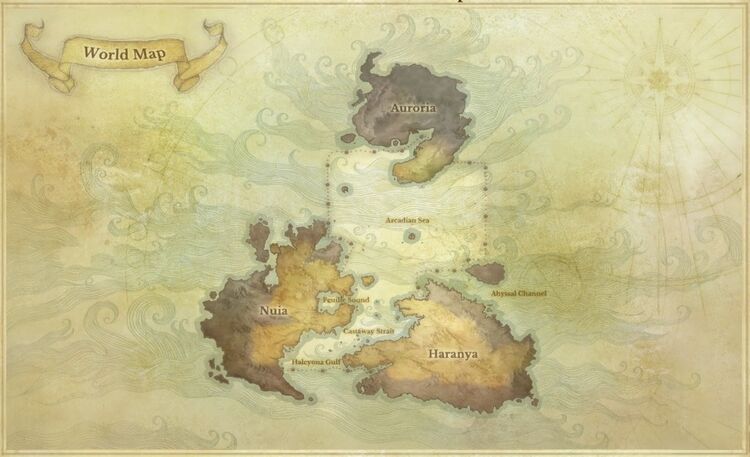